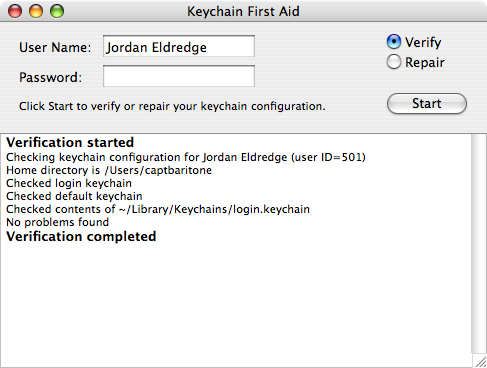 It turns out there is a very simple fix for a corrupt keychain file. One of the symptoms of my MacBook battery dying is that it shuts off at unexpected times. (Very annoying) Recently it turned off right in the middle of writing to the keychain, and when I turned it back on, BAM the keychain was broken. Anytime any application tried to access anything stored in it or write anything to it, the application would fail (at best) or crash (at worst). Anyway, it turns out that the good folks at Apple realized that this might happen and included a tool to repair just such a corruption.

In Applications & Utilities is an app called Keychain Access.app. Under the Keychain Access menu is the option  Keychain First Aid. This tool will let you verify if your keychain file is broken or not (mine was) and repair it if it is. It was as simple as that.